Highway Kings is a video slot based on long distance truck driving. It is a five reel nine line slot that offers a huge reward, 10,000 coins.

Coin ranges in Highway Kings are 0.01 to 5.00, and with a massive 10 000 coins at stake; you are able to win quite large amounts. When you hear the sound of a trucks horn, check you balance because you have probably won a line combo. When you line up five right facing red trucks on an active pay line, you drop the 10 000 coins. The left facing flame truck is the wild card and can earn you some kudos, but not the big prize. The scatter symbol is the exhaust and it will earn you multiples of your bet when you land two or more.

The world of the traveling truck driver is explored with the Highway Kings video slots game, and there is a lot at stake in this game, the prize is huge. Scatter symbols and a wild icon make it easier to pick up prizes, and this game is a great addition to the world of online slots. Playtech has certainly pulled out all the stops for this one.

The right facing truck is the one to look out for when playing this game and should not be confused with the flame red truck that faces left. Highway kings is connected to the dollar ball progressive jackpot, this is a lottery into which you have to choose a selection of number to enter. This is a random jackpot and if you choose the right numbers you could really win big. So big that it makes it seem really worthwhile to play the Highway Kings video slots game. This game has a well balanced theme and good ratio of game play to content. I believe it will be a winner with all online slots players who want to play a no fuss game for a great jackpot prize.

Legend of the Jaguar 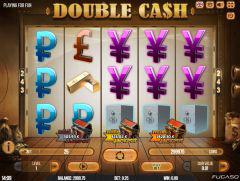