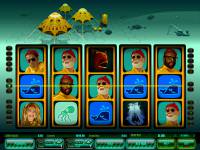 This game has a bonus feature game, which can be reached at certain levels. Bonuses can make a game exciting therefore it's a positive feature. This game is a multiplayer game (sometimes called a community slot) is a game that is played by multiple people at the same time.